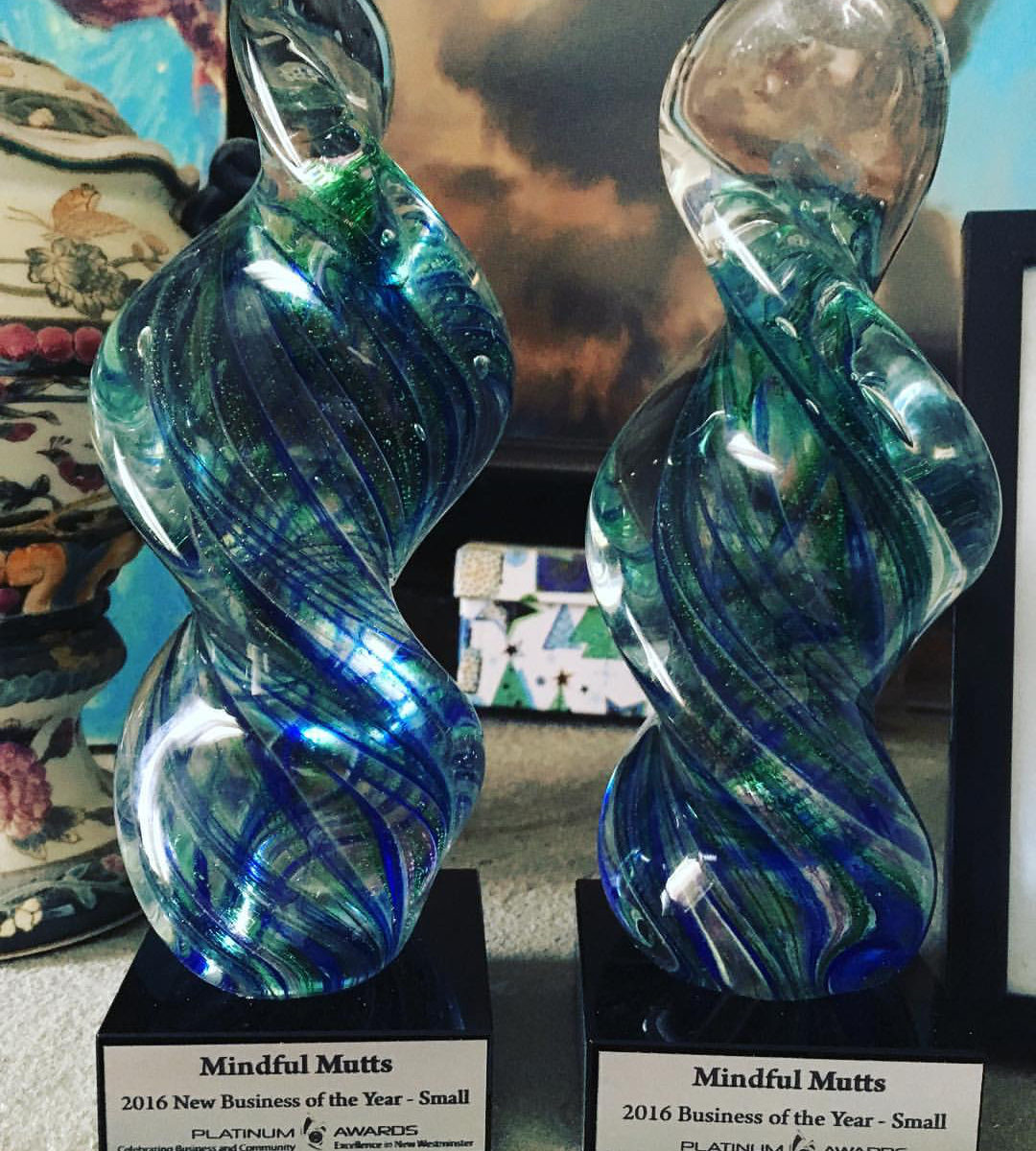 Mindful Mutts is always beyond grateful for the support from our community here in New West. <3 The encouragement that we receive, however, is from all over the lower mainland of BC (and believe it or not, even outside of it!) So don’t let all of the New Westminster lovin’ fool ya! We see you ALL and appreciate everything you do to lift us up and demand better care for your pets alongside of us!

May 2019: We made the front page news! …technically the second page too! Thank you so much for the spotlight New Westminster Record! <3 <3 <3

March 2019 brings us to a Royal City Wrestling sponsorship, earning us our logo on event signage at Royal City Centre Mall in Uptown New West! In addition to the signage, we also got to shoot an honest-to-goodness REAL wrestling promo video with the one-and-only Mr. India and the hilarious Volcano. We’re having a blast being a part of #RumbleMonth! Stefania was featured on the “Ask an Expert” segment from one of the Variety show segments. Below you will find our sponsorship promo video, and underneath it the facebook live edition of our feature event during #royalcityrumble 🙂

Entered, competed and WON the first ever Level Up My Brand contest in 2018! After submitting our application, Mindful Mutts was fast tracked into the final 3. The final 3 each had to offer up a 2 minute Dragon’s Den- style pitch to the judges about why the winning prize was so important to them, as well as how they would put it all to use. Stefania came in first place and won $12,000 in prizes donated by local businesses! She is excited to pay it forward in the next 2019/2020 version by volunteering for the event! Read the online article here 🙂

Stefania spoke on a panel with other local entrepreneurs for an event held by The New Westminster Chamber of Commerce in 2017.

Stefania was featured on CBC to promote and discuss Walks ‘N Wags Pet First Aid in 2016. Visit this link for the full article or watch the clip below!